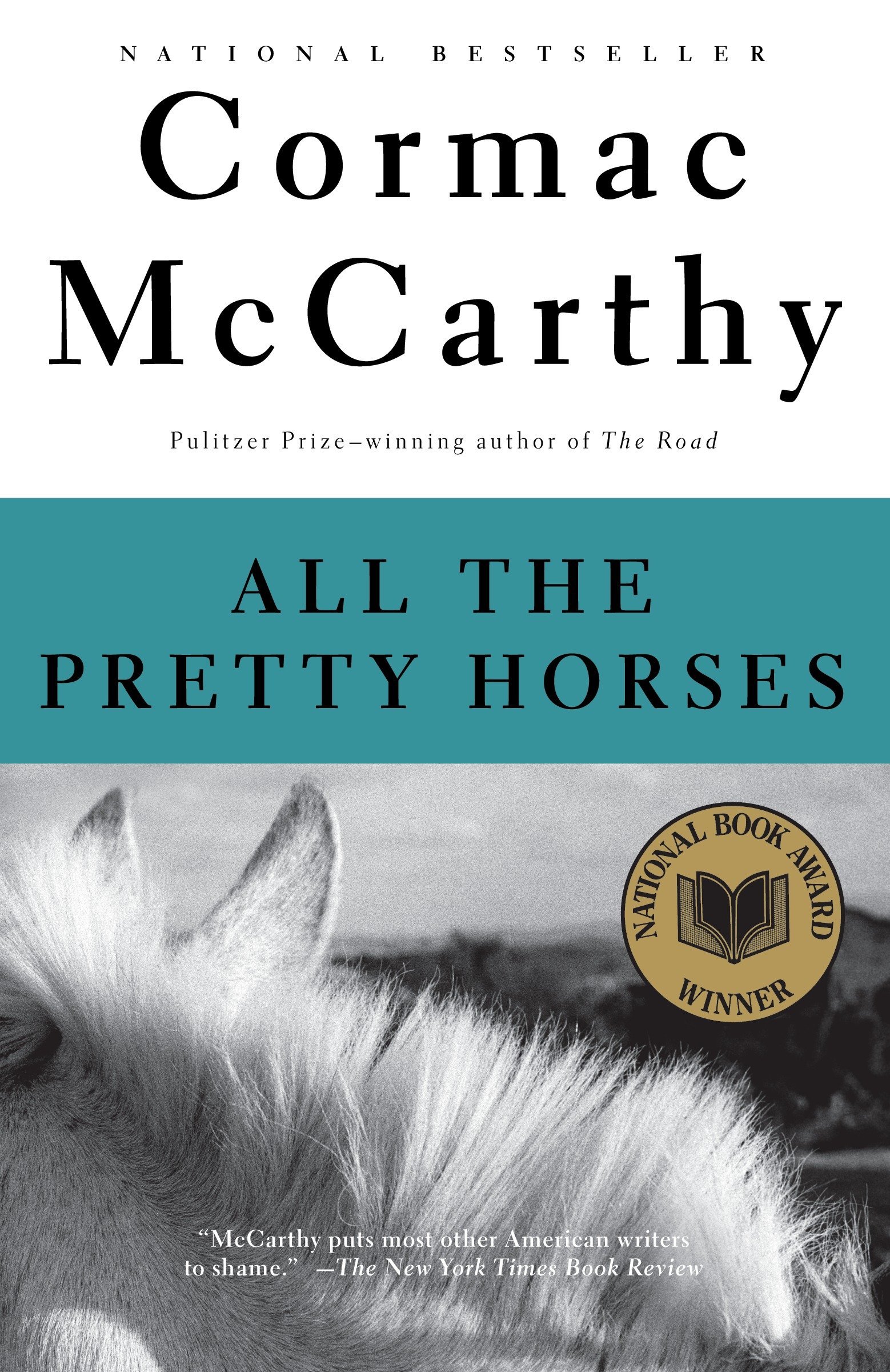 My introduction to the fiction of Pulitzer Prize winner and Oprah Winfrey fan Cormac McCarthy is All the Pretty Horses, the first novel in McCarthy's so-called Border Trilogy, published in 1992. Westerns set in the post World War II country between Texas and Mexico, the trilogy continued with The Crossing and Cities of the Plain. The first seventy-five percent of this brooding, terse and darkly mesmerizing ranching tale is glorious, towering over the intersection of storytelling and language. The last twenty-five percent grows loquacious and protracted, breaking the fever and bringing the novel up short of being one of the best I've read, but it gets close.

San Angelo, Texas in 1949. Sixteen-year-old John Grady Cole has grown up working his patriarchal grandfather's ranch in Tom Green County, raised by Luisa, the Cole ranch's cook, after his theatrical actress mother left him at six months and his gambler father put in only fleeting appearances. When John Grady's grandfather dies, the ranch is passed to his mother, who makes clear her intention to sell it. Taciturn, hard working and fluent in Spanish, with some money saved and an exceptionally keen eye for horses, John Grady receives sympathies from the family attorney and a brand new Hamley Formfitter saddle from his father. He knows he's on his own now.

John Grady lights out for old Mexico to find work. Along for the journey is his loyal, pragmatic seventeen-year-old friend Lacey Rawlins, who despite speaking considerably less Spanish than John Grady does speak more English, pondering the afterlife and singing on the ride down. Stopping for breakfast in Pandale on their way toward the Pecos River, the pair realize they're being followed. They confront a thirteen-year-old kid astride a magnificent horse who offers the name Jimmy Blevins. The kid claims to be sixteen and is clearly on the run. He has no money, no food and despite giving Rawlins several occasions to abandon him once they cross into Mexico, John Grady is unable or unwilling to.

When they got back to the cottonwoods Blevins was gone. Rawlins sat looking over the barren dusty countryside. He reached in his pocket for his tobacco.

Ever dumb thing I ever done in my life there was a decision I made before that got me into it. It was never the dumb thing. It was always some choice I'd made before it. You understand what I'm sayin

Yeah. I think so. Meanin what

Meanin this is it. This is our last chance. Right now. This is the time and there won't be another time and I guarantee it.

What if it was you

What if it was

Rawlins twisted the cigarette into the corner of his mouth and plucked a match from his pocket and popped it alight with his thumbnail. He looked at John Grady.

You realize the fix he's in

Yeah. I realize it. It's the one he put hisself in.

They sat. Rawlins smoked. John Grady crossed his hands on the pommel of his saddle and sat looking at them. After a while he raised his head.

What does that mean

It means okay. If you cant you cant. I think I knew what you'd say anyways.

Blevins is fatally undone by a thunderstorm, babbling that his family tree attracts lightning. The boy strips naked and cowers in a ravine, losing his horse, his pistol and his clothes in a flash flood. John Grady still refuses to abandon the kid, until they ride into a Mexican village and find old Blevins' pistol and horse under new ownership. Offering to help Blevins get his property back, the kid takes matters into his own hands. Shots are fired and though Blevins finally goes his own way, drawing the posse away from John Grady and Rawlins, the two cowboys are certain that they haven't seen the last of old Blevins.

John Grady and Rawlins continue on their three hundred kilometer trek through the state of Coahuila, where just over the Sierra del Carmen, the Mexicans tell of ranches that make John Grady think of the Big Rock County Mountains, lakes and runnin water and grass to the stirrups. They arrive at the Hacienda de Nuestra Senora de la Purisima Concepcion (La Purisima), an 11,000 acre ranch watered with natural springs and filled with shallow lakes, except in the western sections which rise to nine thousand feet. The vaqueros recognize John Grady and Rawlins as cowboys by the way the Americans sit in their saddles. Drawing closer to La Purisima, John Grady is fatally undone by the sight of a seventeen-year-old girl riding past them atop a black Arabian saddlehorse.

The ranch belongs to Don Hector Rocha y Villareal, whose family has held the land for one hundred and seventy years. Don Hector runs a thousand head of cattle and loves horses, trapping wild ones that roam in the higher elevations. When sixteen wild horses are brought down, John Grady proposes to Rawlins that they break all of the beasts in over four days. Their workshop draws a hundred spectators and culminates in resounding success. John Grady is invited by Don Hector to his home, which he shares with his daughter's great aunt Alfonsa and at times, his passionate seventeen-year-old daughter, Alejandra. At a dance in La Vega, John Grady and Alejandra linger out of the saddle.

At the band's intermission they made their way to the refreshment stand and he bought two lemonades in paper cones and they went out and walked in the night air. They walked along the road and there were other couples in the road and they passed and wished them a good evening. The air was cool and it smelled of earth and perfume and horses. She took his arm and she laughed and called him a mojado-reverso, so rare a creature and one to be treasured. He told her about his life. How his grandfather was dead and the ranch sold. They sat on a low concrete watertrough and with her shoes in her lap and her naked feet crossed in the dust she drew patterns in the dark water with her finger. She'd been away at school for three years. Her mother lived in Mexico and she went to her house on Sundays for dinner and sometimes she and her mother would dine alone in the city and go to the theatre or the ballet. Her mother thought that life on the hacienda was lonely and yet living in the city she seemed to have few friends.

She becomes angry with me because I always want to come here. She says that I prefer my father to her.

She nodded. Yes. But that is not why I come. Anyway, she says I will change my mind.

Cormac McCarthy can write like no other author. His facility with prose and dialogue reminded me of Stevie Ray Vaughan picking up a guitar and jamming. McCarthy is an innovator and Parts I, II and III of four were like hearing Stevie Ray jam "Love Struck Baby" on the radio for the first time. I loved the way the novel parsed out information, with McCarthy substituting descriptions and histories with impressions and hints, much the way a West Texan would if pressed for information. His dialogue is often witty and retains a well earned pathos, while the very nature of the story is adventurous and fraught with tension.

In Part IV, the taut control that McCarthy maintained up to that point is surrendered for self-indugence. Alfonsa, an intriguing character who is neither evil nor good, talks, and tells, and talks some more about her history and why she cannot allow her niece and John Grady to be together. I started skipping paragraphs, then pages. I knew the love affair was doomed, but characters talking about it contradicts everything McCarthy built up to that point in the novel. John Grady's flight from Mexico and his quest to find his horse before doing so goes on and on. With neither Rawlins, Alejandra or Blevins around to play off Grady, including in the early go, the novel mumbles to itself.

There is no denying the vision and storytelling breadth of three-fourths of the book. I wanted to be on that ride with John Grady and Rawlins, for better or for worse. Columbia Pictures did too. In 1996, the studio offered the directing job to Billy Bob Thornton, at the height of his filmmaking prestige for the low budget southern gothic Sling Blade. Thornton wasn't familiar with the novel, but loved westerns, and with Matt Damon and Penelope Cruz in the leads, turned in a rough cut that clocked in at 220 minutes and tested disastrously. A Cliff Notes version of 115 minutes was released in December 2000 and ignored by audiences. Thornton didn't direct again for twelve years. 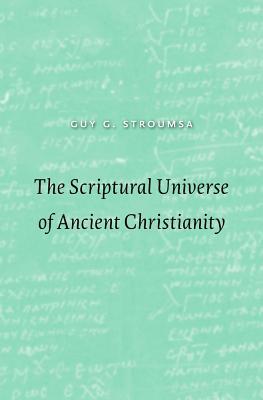 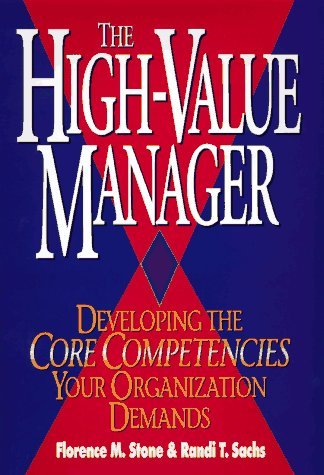 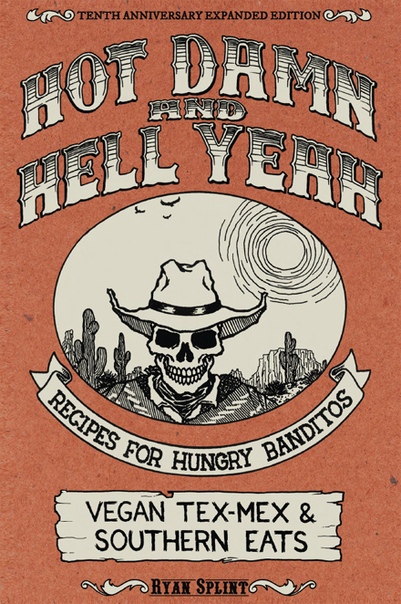 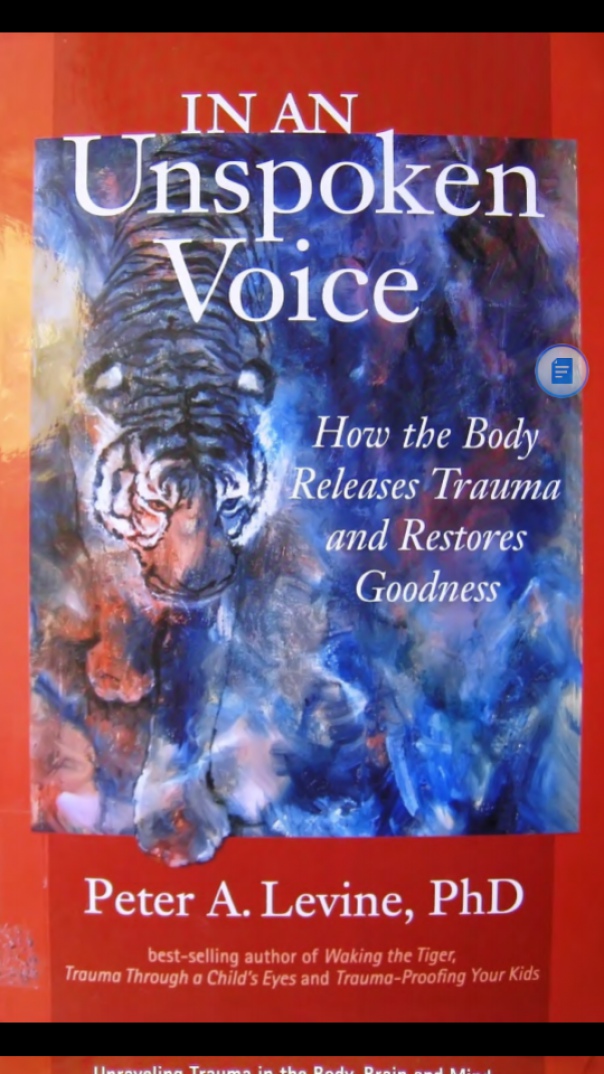 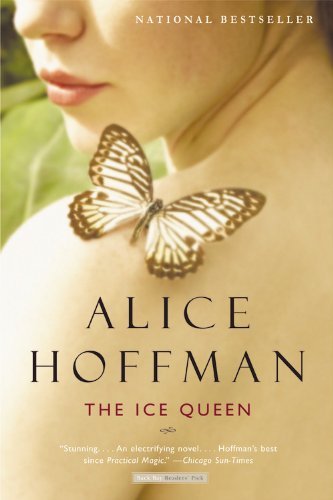