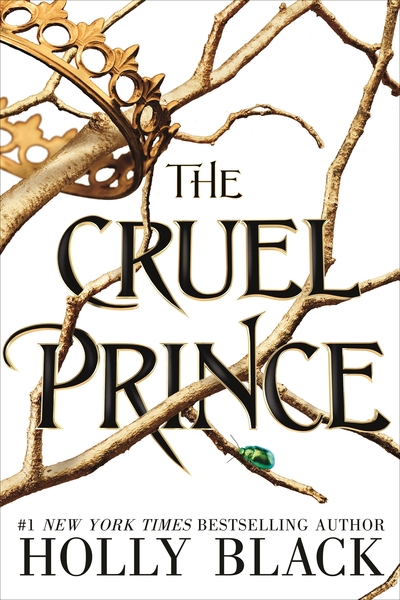 *tips mic* Thank you for joining me this evening. This song is called: Here's How I Feel About This Book. *screams for 12 continuous hours*

This book just killed me in the comfort of my own home. My feelings are owed so many apologies because I have been emotionally compromised by Holly Black and I just want to lie on the floor and not think for a month or two. I mean, honestly, why read this book when you can just get hit by a bus and get the same feeling

Truly though, I wish I could get a tattoo of the way this book made me feel because I don't think I'll ever be able to replicate the absolute love and yearning that came with the magic and pure dreaminess I felt whilst reading it.

This is the kind of book you read and you're filled to the brim with glee at the author's wording and characterization and imagination and ingenuity, so much that your eyes start skipping lines because you're so impatient for what happens next and you have to force yourself to read every word. Sometimes, you even have to re-read passages because you've missed actual events while you were too busy anticipating and predicting. Oftentimes, you have to stop reading completely because the words are so good and you're so full of excitement and love that you need to expend some of that energy, otherwise you'll just spontaneously combust!

It's that feeling of finally finding something that is all-encompassing enough to hold your full attention and something inside of you just awakens and I love it!!

so what is this book about

Jude is the bastard daughter of the runaway wife of a Fae general who murdered both of her parents then brought her to a land coiled in the heart of the forest, brimming of monsters and wolves on the prowl, and raised her like a trueborn child of Faerie, despite not having a drop of faerie blood.

Jude grew up where the wild is. She learned to keep her head down and pretend the fear away. She endured the contempt of the Fae, swallowed her fear and saw it through. She was the human girl who got pushed to the sidelines, written as a footnote in someone else's story, and always treated as an afterthought.

"I want to win. I do not yearn to be their equal.
In my heart, I yearn to best them."

So, she's traveled in the direction of her fear and let herself be spiraled up into a world of alliances, of fractured loyalties, of deceit, of political games and spilled secrets that chased everyone into their graves. She's joined a nest of spies and assassins and eventually, she's become one.

However, now that she's tasted the brine of darkness, it threatened to swallow everything she has worked so hard to build.

This book was a wild ride. It was a whole blanket and it was near impossible to isolate the threads. My stress levels surpassed Joyce Byers in literally every episode of Stranger Things. Nonethless, just so you all know. if at any point in my lifetime the opportunity arises for me to retreat into this book and into the world of Fae, and politics.I'm gone. Especially if I could run in the hallways of a castle wearing an exquisite silk gown or given an ancient elaborate dagger with my name engraved into the blade as a gift!

My favorite thing about this book is how my feelings for the characters seemed to ebb and flow. The biggest plot twist that's happened is probably the fact that characters I first wished I could strangle with limp noodles became my favorites and others I liked, I've grown to absolutely hate.

Basically, what I'm saying is that most of these characters are like face masks for my soul; the rest, I'll see in hell.

I don't know if anyone can put into words my unending love for Jude. In fact, I'm sure the only romance in this book was between Jude and whoever was reading it.

Jude is a volcano, her heart made of molten, ready to burn the world alive. She radiates such a petrifying energy and I'm not sure I can quite describe it. It's not exactly bad but it's not warm either. I feel like she could seriously unhinge my jaw and drag me into the ocean like a kraken but she wouldn't because it's undignified, you know what I mean

I love how she was afraid, but did everything anyway. How she didn't wait to be confident. How her actions stemmed in fear but she didn't let it deter her from telling the world that she was important through the ways she carried herself and realizing that in order to be what she wanted to be, she needed to take it.

"Instead of being afraid, I will become something to fear."

And honestly, I can't wait to see her fully transform into the wronged, fallen angel look she was meant for!!

Sometimes, you just have to....you know, *makes heart gestures and motions that probably mean love* root for the most morally questionable asshole.

Listen, I spent a good portion of this book violently wishing Cardan would get dry skin that no lotion can moisturize. However, by chapter 23, I was smiling at myself and thinking, "what a fucking loser" but likein the purest and most loving way possible. Besides, if Holly Black really wanted me to hate him, she shouldn't have given him a strong jawline and put a crown of flowers on his silky black hair. I am too damn weak!

Cardan is the cruel prince but then again, they ALL are. The only difference, I suppose, is the High King's sentiment towards them, which roughly translates to: "when my sons were born, the sun shone bright upon their beautiful faces.....I found Cardan on the sidewalk outside a taco bell."

Prince Cardan is an elitist prick (I mean, he is) and simultaneously a traumatized victim of years of neglect and systematic emotional and physical abuse. He was cruel by necessity. He grew up in a house where he always had to be clever and cunning to figure out the right thing to say, the right way to act in order to not set his abusive brother off, to estimate how to quickly diffuse bad situations, to find quick ways to escape an escalating argument. He became ambitious only in wanting to get away from his royal family. Cardan was a forged facade and oftentimes, not even he knew which face he was wearing.

I am in no way condoning the many contentious actions he's done but my heart still holds a soft spot for him. Because underneath the armor he's built up for himself, there's a complete trainwreck of a person (shows up drunk on the day of his brother's coronation + copes with having a crush by aggressively writing her name on a crumpled piece of paper + has enormous character flaws that he had no intention of working on + has zero sense of self preservation + drinks wine & plays cards with his kidnappers because at this point why not + extreme cynicism towards self + is generally really sarcastic for someone who's about to start crying most of the time).

I don't even want a relationship. I just want to be like them and have a supreme enemy I can make out with sometimes in secret and who's obligated to stroke my hair and tell me I'm the bane of their existence but they like me anyway!!

Madoc would be so disappointed in all my life decisions, but I feel like I would need that and once he was done telling me to buck up, we would hug and he would give me a cool engraved sword and I would cry and it would all be fine!!

Madoc is such a dynamic and well-written villain. And I appreciate his character while also recognizing the fact that he is evil and selfish and has done many terrible, terrible things. He's full of good intentions that twist on the way out, a warped sense of loyalty and a semblance of love that is so misguided and yeah occasionally, it murders things. He's built this contoured version of the truth with urban decay setting spray that he can stand to look at, because at the end of the day no one wants to believe they're the villain in the story.

"Some are good with pipes or paint. Some have skill in love," he says finally. "My talent is in making war. The only thing that has ever kept me awake was denying it."

I also appreciate the fact that he refused to switch sides due to his own personal convictions, that not even his love for his family could sate his thirst for power and bloodshed and wasn't eventually "redeemed" by being forced into an out of character relationship. I just [clenches fist] really love it when VILLAINS ARE LEFT TO BE VILLAINS.

Vivi is Jude's half sister, and general Madoc's legitimate daughter. She's soft, kind and loving but also takes nobody's shit and she's seen so much sadness and heartache because she's that friend that everyone unloads on and I hope she takes a bit of me time for herself and her human girlfriend, maybe a hot bath and some jasmine scented candles too. Please, they deserve it!!

I have never, in my entire life, gotten into a fist fight but you best believe if I ever meet this piece of shit, I would immediately start swinging. I can deal with literally any ship in this book happening, but if my OTP (Locke/a horrible death) doesn't become canon, I will throw a fit.

I don't even know what to tell you about Locke. But, you know how some shows bring in a love triangle just to try and up the ratings that's basically what Locke is trying to do with his life. He's wishing into existence his own revenge fantasy novel without taking into account real life consequences people face and gets off on watching girls duelling like we're in an episode of yu-gi-oh. what, pray tell, the actual fuck

Oh, Taryn, such a delightfully paradoxical character: she's a dick despite not actually having one.

I hate her so much I wish she would just go take a dip in a lava pool on a 130 degree day at the zenith of a southern summer in satan's buttcrack. Honestly, the level of Done that I am with her is utterly insurmountable. Someone fly her to a golf halfway around the world and just leave her there. Please.

Anyway, that's all!! if any of you guys need me, I'll be down here on the floor, dying and slowly fading into an elaborately constructed maladaptive landscape where my favorite characters are well and content and I don't have to wait an entire year to find out. 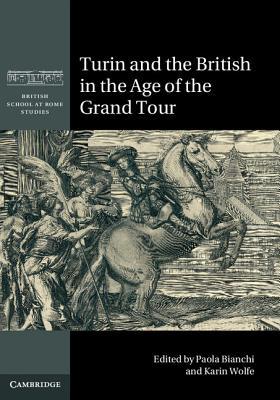 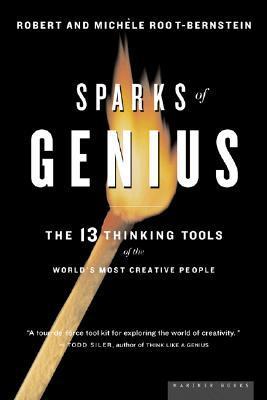 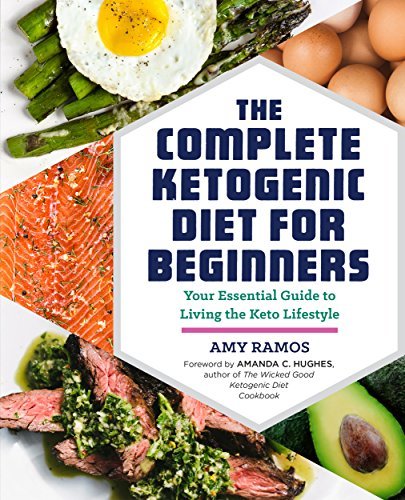 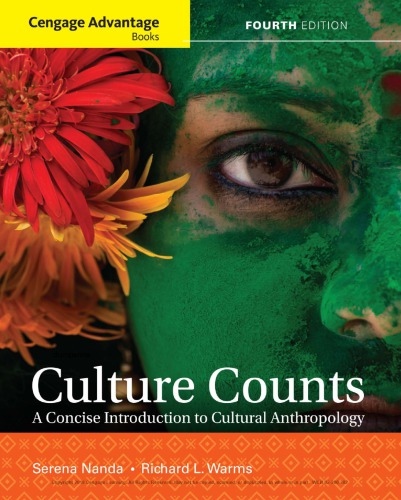