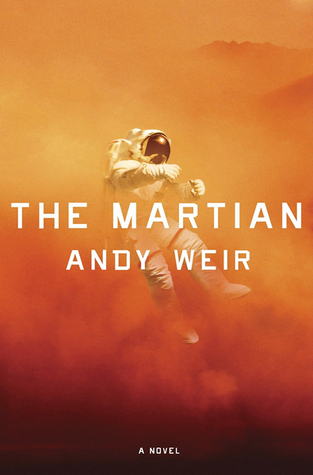 I'm pretty much fucked. Ok, show of hands. How many of you have uttered these exact words (or words to that effect). Not everyone I see we have some liars out there. How many have said them at least twice Three times Four Those with hands still up, you probably need to make some adjustments to your approach, find a safer line of work, hobbies that do not entail long drops, stop trying the weekly specials at McBlowfish, or seek out people to date who are into less extremeumsports. These are the opening words of The Martian. Astronaut Mark Watney is definitely more screwed than most of us have ever been. Dude missed his ride and there will not be another along for, oh, four years. Supplies on hand were only meant to cover a few weeks, maybe months. And that Martian atmosphere is definitely no fun, lacking stuff like, oh, breathable air, and a reasonable range of temperature. It does, offer, however, extremely harsh (good for scouring that burned on gunk from sauce pans) and long-lasting (as in months) dust storms. And if that was not enough he faces an array of other challenges.

No, Kibby (the 12-year-old kibitzer who infects my brain), no Mars Attacks brain beasts, or that other guy, even though I know he is your favorite. Real challenges. For example, the music he has for his stay consists of disco. The viewing options include 70s TV. Most of us might give serious consideration to minimizing the guaranteed pain, frustration, starvation and inevitable death by, maybe, taking a short hustle outside sans that special suit. It would be a very, very short last dance. Watney is either a cock-eyed optimist or an idiot. I'm going with the former, as he is indeed made of the right stuff. He is armored and well supplied with the sort of can-do designer genes that might make the rest of us feel like the can't-do sorts we are. He is the poster boy for positive attitude. It does not hurt that he is way smart, with expertise in a wide-enough range of things scientific to matter. It does not hurt that he is an engineer who gets off on taking apart, putting back-together, figuring out, thinking through, testing, trying, and pushing envelopes. But his crew is headed home, and what hope is there, really

The Martian tells of Watney's attempt to survive in a literally alien environment, using only the tools on hand and his wits. It is a gripping story with one of the most adorable heroes you are likely to encounter, on this planet or any other. (No, Kibby, not a kitten) How could you not root for a guy who scrapes through Thanksgiving dinner for potato parts to plant for food Of course, one might think "been there, done that," particularly as 1964's Robin Crusoe on Mars offered a retelling of Daniel Defoe's classic tale in a more contemporary notion of a remote locale. A 1905 novel used a different classic traveler in the same sort of format.

Of course those tellings had a lot more in common with the Barsoom of Edgar Rice Burroughs as seen by Frank Frazetta than they do with the vision we have of the Red Planet today, or, say, reality.

One of these was a shot of you know where. The other was taken at Death Valley, which was used, BTW, in the filming of Robinson Crusoe on Mars

Most of the tale is spent on Watney's very compelling attempt to survive, going through all the challenges he faces trying to make air, preserve and maybe generate water, make his food last, get some sort of communication set up, deal with things like exploding air-locks, biblical level dust-storms, toppling ground-transport vehicles, you know, stuff, most of it life-threatening. The other end of things is how the folks on the ground deal with this GInornous OOPS. There are technical elements, of course but more interesting, for me, were the political considerations. To tell the crew or not Imagine how bummed out, embarrassed, and guilty you might be on that ship (the Hermes) returning home, knowing you had left one behind. Might it affect your ability to take care of necessary business for the next bunch of months Another question is whether to tell the public, and if so, when. How about getting help from other space-capable nations Are any international dealings simple There is also some in-house (NASA) staff maneuvering that is wonderful to see.

In her fabulous book on writing, Bird by Bird, Anne Lamott writes Having a likeable narrator is like having a great friend whose company you love, whose mind you love to pick, whose running commentary totally holds your attention, who makes you laugh out loud Probably the greatest strength of The Martian is the narration of Mark Watney. He is engaging and funny, optimistic and capable. I suppose there are some who might find him lacking in sharp edges, but I thought he worked great.


Matt Damon as Mark Watney, enjoying the view - from the film.

The new earth-based shooting location was Wadi Rum, Jordan. I am sure they did plenty of color adjustments in post, but boy-o-boy does this place look like an alien landscape.

Gripes
Yes, really, there is too much scientific detail. It is not that it is beyond the comprehension of a lot of readers (although it will skip by a fair number) it is the share of time, the number of pages, the sheer volume of obstacles to be overcome, and the very detailed explanation of so many of them that tilts the book a bit too much towards the MacGyver demo. Weir writes very well about the other elements of the story. Repetition of DANGER, WILL ROBINSON, with the subsequent amazingly clever repair du jour, does get a bit old after a while. I had to fight an urge to scan at times.

But that is really it. Otherwise, The Martian is an absolute delight to read. Watney is lovable as well as capable, and makes excellent use of his sense of humor to look on the bright side of life, in a very dark circumstance.

Whether he makes it out on time or not (not gonna spoil that one) you will cheer him on, hope for the best, and fly past those pages with considerable, if maybe not interplanetary, speed. Is there life on Mars There will be while you read this book.

Review posted - 1/16/15
Updated and trotted out there again on release of the film - 10/2/15
This review has been cross-posted on my site, Cootsreviews.com

PS - Saw the film on 10/9/15 and it kicks ass! Go see it if you haven't already. It is very true to the book, with the improvement of not getting bogged down in details, has a great cast, looks amazing and does a fantastic job of promoting science.

Links to the author's personal and FB pages.

5/24/16 - Weir wrote a short story prequel to The Martian, called Diary of an AssCan. I posted a review this week. It includes a link to the story, so you can read it for yourself.

Andy Weir's second novel, Artemis, while, IMHO, not quite up to this one, is also pretty darned good.

August, 2016 - At the Hugo awards Weir wins the John W, Campbell award for best new writer, and the screenplay for the film wins for Best Dramatic Presentation, long form

The Martian Chronicles on Gutenberg

Gullivar of Mars by Edwin Lester Linden Arnold on Gutenberg

For a real Martian experience check out NASA's Mars page

For a realer Martian experience, and ideal for those trying to keep one step ahead of creditors and/or the law, you might want to consider applying to be on a Mars mission, no joke. There is more on this project below but the above link is for the selection process, just in case you don't mind a strictly one-way journey.

A nifty article from the NY Times (10/5/15) about the woman at NASA responsible for seeing to it that we do not bring Earth germs you-know-where - Mars Is Pretty Clean. Her Job at NASA Is to Keep It That Way. - by Kenneth Chang

I bet you thought I'd forgotten these guys. No chance! I just ran out of time to figure out how to stuff them into the review. So, sorry, I am stuffing them here. That sounds so wrong.

If you want to experience Mars while still on earth, it is indeed possible

Planetary.Org has an excellent list of all Mars missions to date, and some that are in process

If you want to know Who goes to Mars for the waters, the answer is yes

And speaking of Eau d'Ares, a nifty article on the presence of H2OMG you know where, in the 9/28/15 article in the NY Times - by Kenneth Chang. Thanks to my pal, Henry B, for this refreshing item.

8/31/16 - Another recommendation from the intrepid Henry B. Planning any long trips, HB - How to Win Friends and Influence People (on Fake Mars) by Katie Rogers
- New York Times

Here is a nifty article from The New Yorker, on work being done to cope with inter-planetary cabin fever. Moving to Mars: Preparing for the longest, loneliest voyage ever by Tom Kizzia - from the April 20, 2015 issue

9/12/16 - If, like Quint, you think we're gonna need a bigger boat, to get to Mars that is, Jeff Bezos's Blue Origin company may have just the thing - Meet New Glenn, the Blue Origin Rocket That May Someday Take You to Space - By Daniel Victor for the New York Times

10/25/16 -National Geographic is producing a documentary series about our favorite red-tinted neighbor (no, not the lady across the way who got too much sun. Put those binoculars away NOW). Coverage in the latest issue includes a whole passel of things Martian. Enjoy. - Mars: Inside the High-Risk, High-Stakes Race to the Red Planet


Painting by Douglas Chaffe - from the above NatGeo article

5/4/18 - NatGeo - Interesting piece on the latest Martian explorer, Insight - Are Marsquakes Anything Like Earthquakes NASA Is About to Find Out - by Nadia Drake

All right. We're all done now. You'd better get going or Marvin will lose his cool 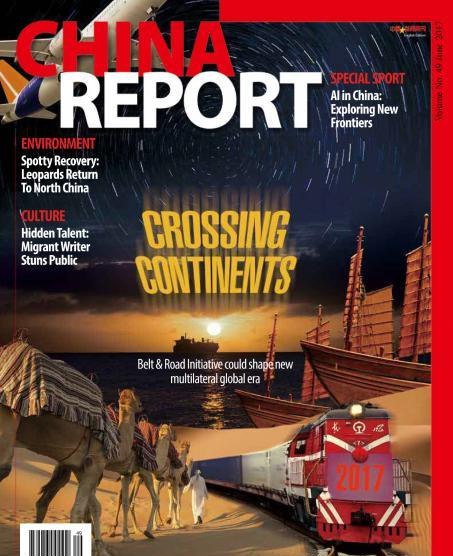 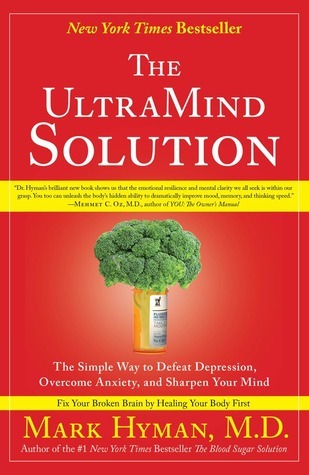 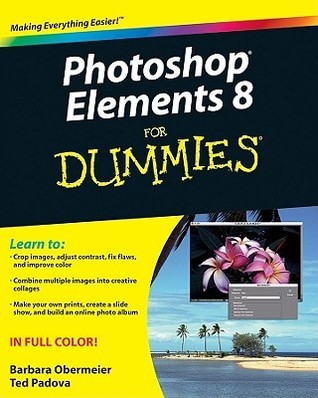 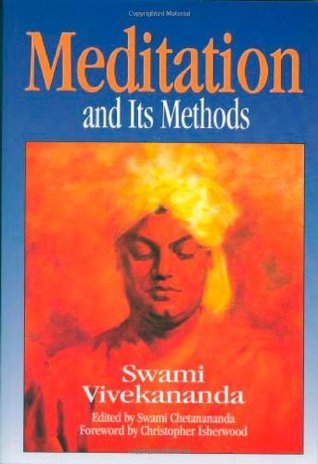 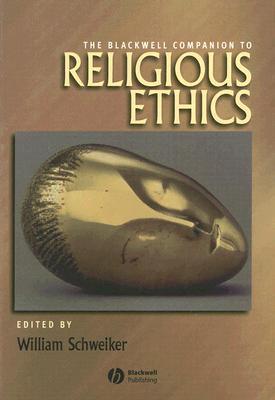